You want to book a date with  Infected Rain 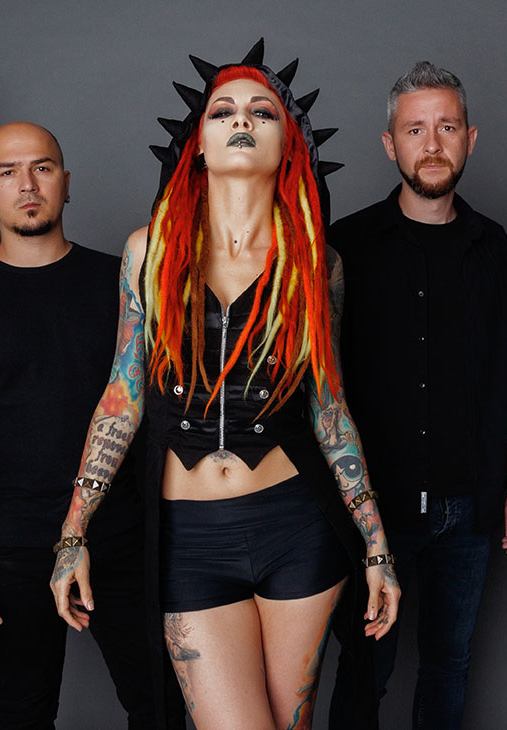 Infected Rain has become one of the most exciting emerging bands with their heavy music and their multi-talented singer Lena Scissorhands, who has established herself as one of the most dynamic women in the genre.

After gathering a multitude of fans since the release of their acclaimed 2019 album Endorphin the band is redefining itself with a new album released in 2022 via Napalm Records.
Lena tackles intense lyrical themes ranging from depression to abandonment, embracing reality – highlighting the band’s metamorphosis while blending an extreme, progressive groove with a dark, haunting melody.