You want to book a date with  Dead Kennedys 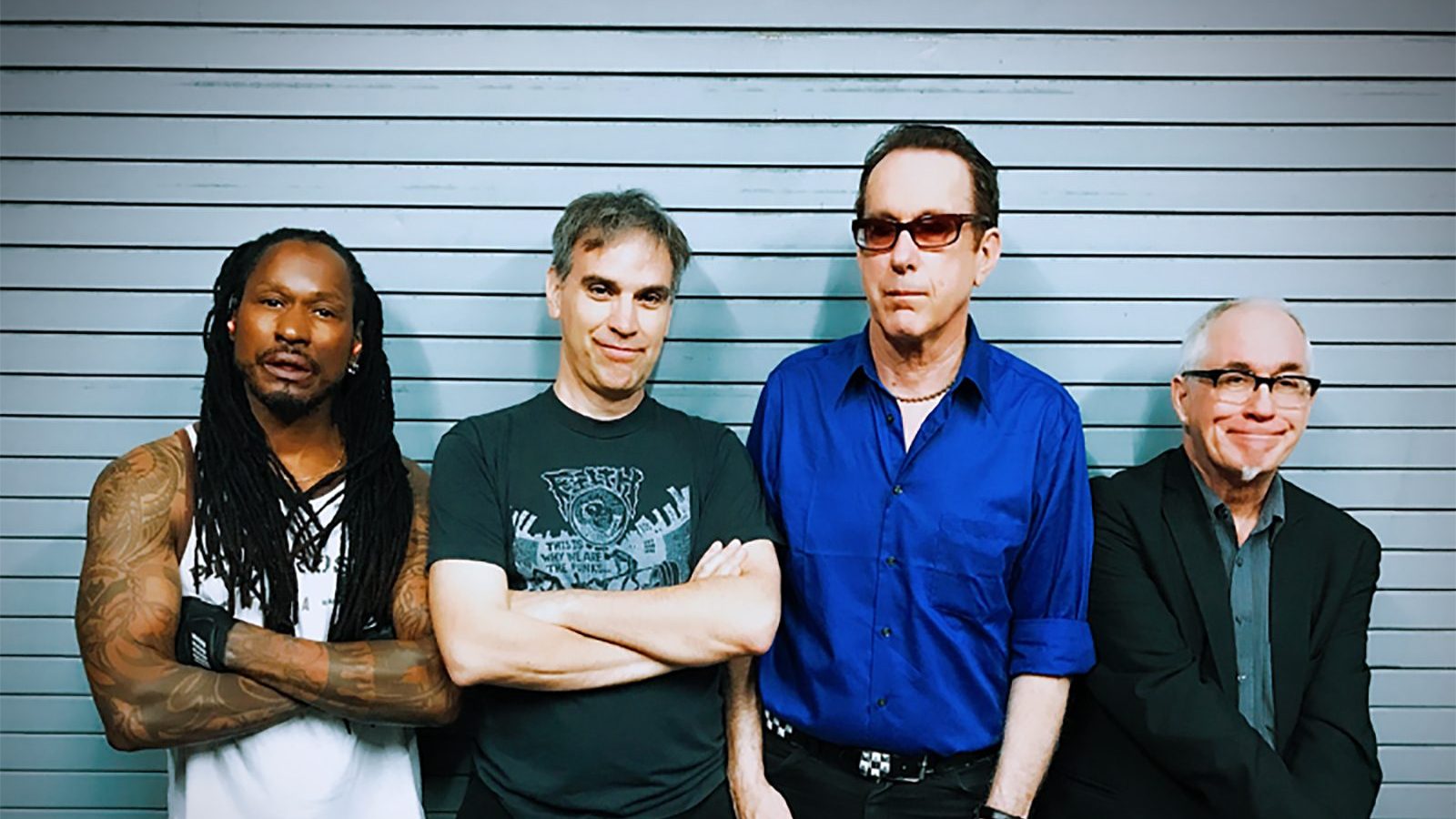 DEAD KENNEDYS were one of the most popular and important American hardcore punk bands of the late ’70s/early ’80s. They formed in San Francisco in 1978 when EAST BAY RAY placed an ad in a music paper that vocalist JELLO BIAFRA responded to. They were soon joined by bassist KLAUS FLOURIDE, drummer TED and a second guitarist known to posterity simply as 6025. The latter departed in March 1979, while Ted was replaced at the very end of 1980 by D.H. PELIGRO.
After a brief rehearsal period, Dead Kennedys played their first gig at Mabuhay Gardens in July 1978. The “Fab Mab” was a Filipino restaurant in San Francisco’s North Beach section that served as a home to punk bands for nearly ten years. It wasn’t too long before the band gained a considerable following around San Francisco. Live, DKs were a combination of chaos and theatrics. Their sound could be described as a cross between the Sex Pistols and the Ventures.
Dead Kennedys’ early success led them to record their first single, “California Über Alles,” in 1979, a blistering attack on the then governor of California, Jerry Brown. It was released on their own label in the USA, Alternative Tentacles Records, set up by East Bay Ray. That single was later issued in Britain on the indie label Fast Products. “Holiday in Cambodia” (1980) followed and is perhaps the band’s definitive moment – a perfect mix of hilarious yuppie-baiting lyrics and evil-sounding music. Almost as essential were “Kill the Poor” (1980) and “Too Drunk to Fuck” (remarkably, a British Top 40 single in 1981) and the debut LP, FRESH FRUIT FOR ROTTING VEGETABLES (1980). That LP went on to be awarded a Gold Record in Britain.
Underpinned by an acute sense of humor, early songs such as “Let’s Lynch the Landlord,” “I Kill Children” and “Chemical Warfare” satirized the twin elements of extreme violence and conservatism that characterize much of American life. Dead Kennedys’ inflammatory name and provocative behavior (in one 1979 prank, Biafra ran for mayor of San Francisco – and came in fourth) attracted the attention of a number of far-right politico-religious groups. The band’s problems with these self-appointed moral guardians were compounded by a confrontational relationship with US authorities, ensuring an aggressive police presence at most of their gigs.
But the band continued to expand their audience by playing at a mix of underground venues in different corners of the USA and Canada. They did their first British tour in late 1980, which established the band there as a figurehead for an audience long deprived of the Pistols, Biafra stage-diving to great enthusiasm. Dead Kennedys went on to tour worldwide, covering the continents of North America, Europe and Australia.
The eight-track EP, IN GOD WE TRUST, INC. (1981), took things further, boasting a speed and power that left most reviewers nonplussed and contemporaries trailing. The EP included a wild cover of “Rawhide” and “Nazi Punks, Fuck Off,” an anti-violence paean. The band then changed musical gears again when the PLASTIC SURGERY DISASTERS appeared in late 1982. Possibly their best album, this fine collection of songs retained the trademark savagery and satire, but the musical content had diversified, even including such unexpected moments as Klaus Flouride playing clarinet. Featured were the singles “Bleed for Me” and “Halloween,” and it also included “Moon Over Marin,” as closeas Dead Kennedys ever came to a ballad, albeit with anti-pollution lyrics.
After two years of touring, where they performed all over North America,Europe and Australia, the more melodic FRANKENCHRIST (1985) appeared, marked by a frantic sense of desperation that reflected America’s increasingly right-wing political landscape and with songs like “MTV Get Off the Air.” As ever, the group ran into controversy, this time with the LP’s accompanying poster, “Penis Landscape,” by Swiss artist H. R. Giger.
Detailing several rows of copulating genitalia, it provoked a legal offensive against the band beginning in April 1986. As well as having his flat torn apart by the police, Biafra was charged with “distributing harmful matter to minors,” a charge which he repulsed on the basis of the First Amendment right to free speech and which was dismissed the following year. But before the controversy, the band had already decided to disband in January 1986 and to complete the recording of BEDTIME FOR DEMOCRACY, which was released later that year. The band rocked as tight as ever, with Ray’s voodoo/surf guitar, Flouride’s thumping bass and Peligro’s skin bashing providing the perfect “sturm und drang” for Biafra’s words.
Dead Kennedys played their last show in February of 1986 in the San
Francisco Bay Area, where they began. GIVE ME CONVENIENCE OR GIVE ME DEATH, a fantastic collection of their classic early singles and B sides, rare tracks and compilation tracks, was released in 1987.
As of 2018, the band is back on the road with Ron “Skip” Greer replacing Biafra on vocals. But without having lost any of the vigor of its glorious past years.